I’ll follow up this weekend with the more personal post and info on upcoming projects, but in the meantime, since I’m not going to do longer pieces on these cleared games, let’s just sum up what y’all missed in the world of knocking down the backlog. Hint: not a lot of it is interesting.

I’ve never been a huge Souls series fan. (In fact, I was once a guest on an interview podcast devoted to the series talking about how little it did for me after Demon’s. If you actually care, the conversation there will give you more context than I could fit in this post.) Unfortunately, I did this thing where in my game buying mania, I mass-subscribed to Humble Monthly, and so I ended up with DS3 and one of its DLC expansions.

Original plan for talking about this: Write an in-character travelogue of Pantsu-Chan’s bogus journey, because there were quite a few glitches and one wallzip up an elevator. 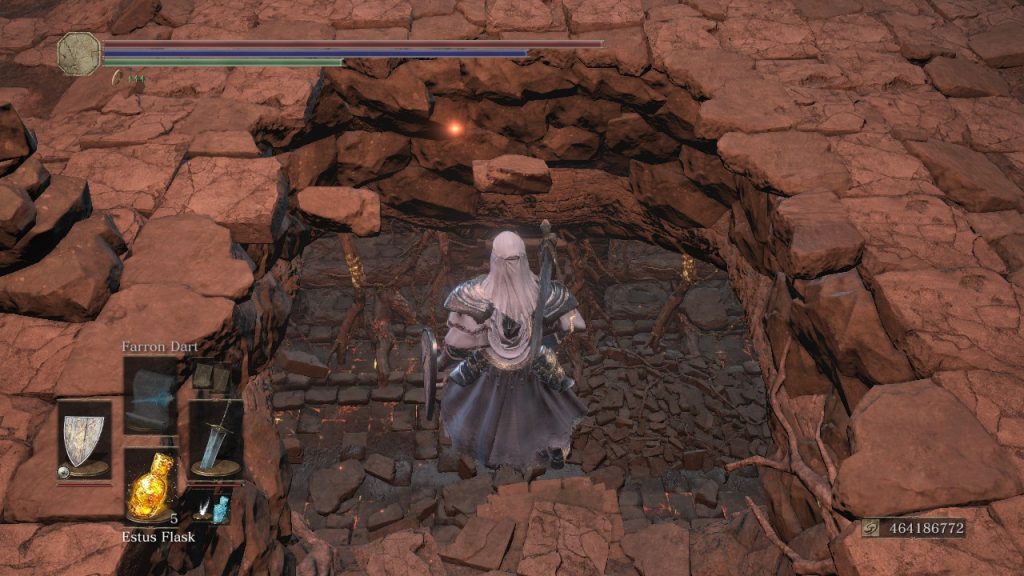 Nothing this game did changed my mind about how I felt about the series, especially when I wandered into Ashes of Ariandel and an NPC told me “get out I’m changing”. I never figured out how to unlock that expansion before I beat the game. Because both of my partners are rather large fans of the series, I’ve since played (very briefly) both Bloodborne and Sekiro. My review: WHERE THE FUCK IS MORE ARMORED CORE, FROM?!

“This can’t be as bad as I’ve heard! I had fun with RE5!” I thought. A few people told me the secret to enjoying it was to play through melee-focused, especially as Jake. Oh, if you’re unaware: this game has 4 different teams of protagonists you play as, sometimes redoing entire stages as different people with barely any alteration between them. Also they make you run one of the final areas as your tutorial, then force you to redo the entire thing again in endgame with basically no change.

The issue is that this game is four very different genres of title per team, and all of them are terribly executed. Add to that the fact that this PC port is dogshit (I discovered near the end of my third campaign that the reason I had so much trouble with the Crash Bandicoot run-into-the-camera sequences was that something was making me stutter and lose speed using KB/m, so I had to pick up a controller to finish those whenever they appeared) and that this is a Resident Evil game that is potentially entirely without files to enjoy the camp nature of (they only appear if you shoot hidden emblems in a stage, and you have to complete the level to go view them in a menu), it’s no wonder they took some time off after this debacle to figure out what the hell came next.

Original plan for talking about this: Discuss what genre each character poorly aped, talk about how I fell into the RE series in the most ass-backwards way imaginable (this latter one might be a piece of writing sometime anyway).

The best part of this game is one of the villains just fucking dunking on Chris Redfield every step of the way.

A solid sequel to a game I enjoyed. I don’t really have much to say about this, I’m intending to pick up the DLC when the final pack drops, but it looks like that got put on hold because the incredibly small team was porting the game to Switch first (it came out over there a month or two back).

Original plan for talking about this: Discuss particularly cursed indie publishers and how the wrong partnership can absolutely fuck you on a lot of levels.

I’d absolutely recommend this one, fantastic title that knows how to work within its limits but also gets clever. The game allowed me to do things “wrong” a time or two and pull it off, which I’d later learn I had made about ten times more complex for myself because I didn’t realize there was a better way than trying to grease up a cannonball cube and ignite it with quick jets of flame rather than just igniting the thing at the end.

This one is one of the 6+ hour time-out victories, not because I dislike it, but because I’m not sure it has an ending. It’s incredibly fun, and I’m actually going to make a longer piece about this later because…

Original plan for talking about this: Discuss how SSX3 ruined me for snowboarding titles forever and Steep is the closest anything has ever come to that since, as well as some of the competitors in the meantime.

Another “definitely going to be an article” piece, because while I cannot fault that this is a good game, it doesn’t hit me like a lot of folks because I shed vanilla Harvest Moon Story of Seasons (yes it’s me I’m the pedant-man) for Rune Factory ages back, and Stardew Valley is no Rune Factory 4. (Hell, it might not be a Rune Factory 3.)

I will never apologize for enjoying the Neptunia series. Sure, it’s all budget as hell when it comes to content, but I’m not going to pretend I don’t cheat through the repetitive bits just to enjoy the campy writing and extremely solid localization.

It probably needs explaining to anyone who isn’t in on the series that this isn’t one of the “mainline” games, rather, it’s one of the spinoff titles focused on one of the four leads in a starring role. This is Vert’s game, and the Xbox-analogue fujoshi is a dead on ringer for a lot of my worst traits. Of course the first spinoff I forced myself through to completion was going to be her game. It doesn’t hurt that this is easily the best of the Tamsoft1 titles, low bar or not.

This is also the first Neptunia game I don’t 100%, despite that usually getting you bonus scenes, because a) as of two days ago, I had 100%ed it and found there were no bonus scenes in this game, but b) today they put out a patch that added NG+ and also “EX Quests”, which I would have gladly done did they not also make them grindy for no reason.

This game also has the single worst NPCs in any Neptunia game, probably because they are, as far as I can tell, very, very dry Sword Art Online parodies.

Note: do not click the video link below if you have epilepsy, because holy shit Invader Girl isn’t fucking around.

Another 6hr+ victory because it has no ending and regularly releases new DLC. I love me some rhythm games, and I love me some Taito games, and holy shit do I love hardcore, so this game pushes a lot of my buttons on a lot of levels and I’m glad I can play it on a platform that isn’t my phone, in English.

That’s 7 (8 – I entirely forgot Nuclear Throne. The most interesting part of it was learning there was some drama about its final patch and abandonment. Wasn’t a fan) more down, so now the count is…